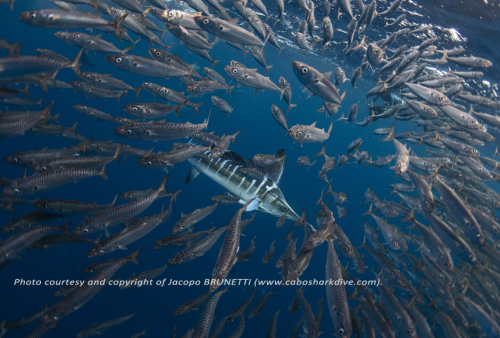 Around 56 million years ago, Paleocene-Eocene Thermal Maximum (PETM), one of the most famous historical hyperthermal events, led our planet to a super greenhouse condition. It is very important for us to understand how it happened and how it affected the environment, because studying past climatic events of extreme global warmth may be one of the best ways for us to understand and predict future environmental and ecological changes in response to ongoing anthropogenic warming.

Ms Skye Yunshu TIAN, a PhD candidate in the School of Biological Sciences and the Swire Institute of Marine Science (SWIMS) at The University of Hong Kong (HKU), conducted a research project about the PETM in collaboration with Dr Moriaki YASUHARA of the same affiliation, Huai-Hsuan M HUANG of Smithsonian Institution, Fabien L CONDAMINE of Centre national de la recherche scientifique (CNRS),  and Marci M. ROBINSON of US Geological Survey. Ms Tian showed a clean-cut scenario of shallow-marine ecosystem perturbation-recovery caused by extreme warming and ocean deoxygenation during the PETM that may be the best natural analogue to ongoing anthropogenic warming. This discovery has recently been published in the renowned journal Global and Planetary Change.

PETM was triggered by a massive injection of carbon into the atmosphere, an abrupt elevation of global temperature by 5 – 8 ℃ was associated with profound changes in ocean chemistry and biotic response. It is of crucial importance for scientists to investigate how a transient hyperthermal event like the PETM may lead to extinction, origination, and faunal turnovers in different marine ecosystems that eventually punctuate long-term evolution. However, not all marine biota responded to the abnormal paleoceanographic and paleoclimatic conditions in the same way, and a synthetic understanding is lacking, especially in the less-well studied shallow-marine ecosystem. Ms Tian, Dr Yasuhara and their collaborators applied innovative birth-death modelling to quantitatively evaluate local diversity dynamics throughout the PETM in Maryland, eastern United States, and discovered strong peaks of local extinction and origination before and after the PETM, respectively. Great perturbation of the shallow-marine ecosystem at the PETM onset was likely induced by extreme warming of surface water and oxygen deficiency of deeper water, known as the oxygen minimum zone, which together vertically compressed the suitable shallow-marine habitats above the oxygen minimum zone. Warm-sensitive shallow species that made up 46.2% of the pre-PETM assemblage went at least regionally extinct without cooler refugia. Recovery of the shallow-marine ecosystem near the end of the PETM was unexpectedly strong with 50% newly occurring species in the post-PETM assemblage. Yet, the impacts of PETM climate anomaly were irreversible, and the faunal composition of local assemblage was permanently changed.

The research group used fossil Ostracoda preserved in one marine sediment core as a model organism to thoroughly understand the collapse-recovery pattern of benthic shallow-marine diversity in Salisbury Embayment of the mid-Atlantic Coastal Plain, as this small (usually <1 mm) crustacean leaves rich fossil records and is considered the surrogate of other metazoan invertebrates in respect to benthic biotic response.

All ostracode shells in the samples were picked and identified under the microscope, and then the census dataset was built for statistical analyses. The application of birth-death modelling made an explicit and quantitative local diversity trajectory possible by overcoming the common problems in microfossil research, e.g., low fossil abundance, ghost lineage, and preservation biases.

We must be aware of the strong possibility of future biodiversity loss in marine ecosystems due to the oceanographic and climatic changes associated with global warming. As seawater deoxygenation and elevated warmth during the PETM abruptly decreased species diversity, changed faunal composition, and disturbed the shallow-marine ecosystem as a whole, the findings of this research imply we may expect similar circumstance to occur in the future and cause socio-economic loss if the emission of greenhouse gases continue like it is now.

“We call this event the PETM using its acronym. Climatic change during this extreme event itself is increasingly better understood, but its impact on marine ecosystems, especially shallow marine ones, remains poorly understood. Yet, it is important, since now we worry about our warming planet and its consequence. The PETM cannot be a perfect past analogue for the future, since human-induced carbon dioxide emission is much more rapid even compared to this extreme climate event. But still, the PETM is one of the best partial analogues to think about future scenarios of what will happen to marine ecosystems and biodiversity by anthropogenic warming,” said Dr Yasuhara.

“We are now worrying that the ongoing and future warming is causing expansion of the ‘oxygen minimum zone’, the zone with minimum oxygen content in the middle depths at around a few hundred to one thousand meter depths. This is because oxygen is less soluble in warmer waters. This expanded oxygen minimum zone to shallower depths makes the habitable shallow-marine area above it narrower. So animals living there can be at higher risk for extinction, because they are squeezed into a narrower habitat and exposed to the exceedingly higher temperature. Indeed, this happened already in deep-time when Earth was warmer than present and caused substantial extinction as our study showed. So, it is very likely future warming with business-as-usual CO2 emissions could result in serious circumstances such as substantial extinction or extirpation,” Ms Tian concluded.

About the Research Paper