Elephants have a nose for quantity 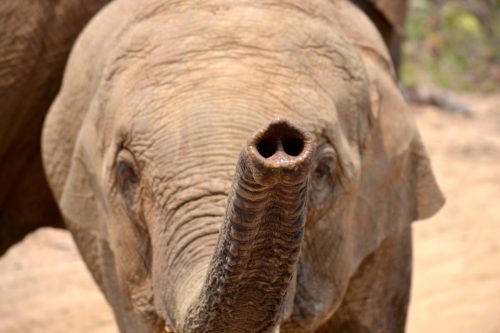 A new study co-authored by Assistant Professor Hannah Mumby has found that elephants can use their sense of smell to compare quantities of food when they were presented with differing quantities of sunflower seeds. Animals’ capacity to differentiate between more and less can be critical to their decision making regarding social relationships, territory and food, and like humans, many species usually make these distinctions visually.

Published in Proceedings of the National Academy of Sciences of the United States of America (PNAS), the study of Asian elephants (Elephas maximus) determined that they lead with their “noses” much more than humans do; elephants, we now know, can distinguish quantities purely through their olfactory sense. This conclusion, obtained through an imaginatively designed experiment, has exciting implications for further research into animals’ sensory experience of their worlds.