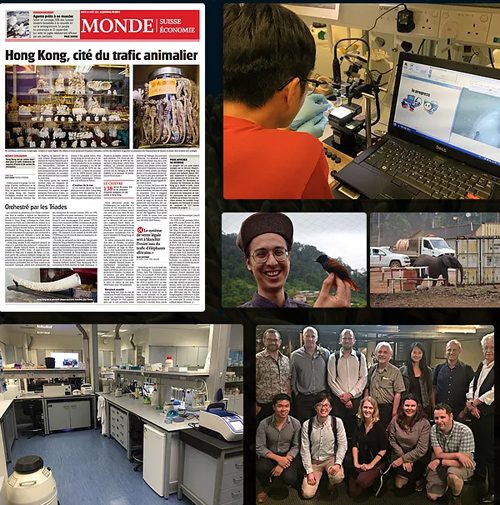 Illegal wildlife trafficking is the fourth most lucrative criminal trade in the world and is estimated to generate up to US$20 billion in illicit revenue a year. Millions of animals and plants are traded every year threatening the survival of many endangered species. With more species on the brink of extinction, illegal profits surging and with no sign that the trade is slowing down, HKU School of Biological Sciences has adopted conservation forensics to provide authorities investigating illegal wildlife trafficking with accurate scientific data to use against traffickers.

“Conservation forensics is a combination of two disciplines, conservation biology which aims to understand the conservation status of endangered species on our planet, and also forensics which is the scientific study of crime,” said Dr David Baker, Assistant Professor in the School of Biological Sciences at The University of Hong Kong. “We offer the ability to use DNA tools to identify the species identity based on its DNA and then we also use stable isotope technologies to understand where an organism might have come from.”

Dr Caroline Dingle, a member of the conservation forensics research group, is currently leading studies of two critically endangered species, the helmeted hornbill and the yellow-crested cockatoo, both of which are under threat from poachers in their native range.