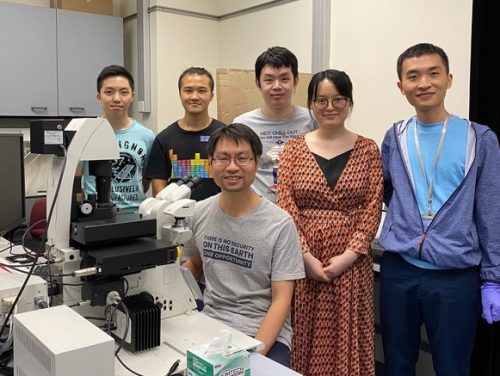 A research team led by Dr Chaogu Zheng from the School of Biological Sciences at the University of Hong Kong (HKU), in collaboration with a team led by Professor Martin Chalfie (2008 Nobel Laureate in Chemistry) from the Department of Biological Sciences at Columbia University, recently discovered an unexpected role of the heat shock proteins (HSPs), also known as the molecular chaperones, during neuronal differentiation, which refers to the process a neuron takes to acquire its shape and function. HSPs are mostly known to protect cells from various stresses, e.g. extreme temperatures, toxins, and mechanical damage, and to safeguard tissue development. This new study, however, suggests that the Hsps can also play an inhibitory role in neuronal differentiation by destabilizing the cytoskeleton of the neurons. The research findings were recently published in a leading international journal in the developmental biology – Development.

Protein quality control is important for normal development in human cells, and its dysregulation leads to a range of neurodevelopmental disorders. Inside cells, the Hsps and other chaperones promote protein folding and stability, while the ubiquitination-proteasome system (UPS) targets proteins for degradation. “This research identifies a previously underappreciated role of HSPs in neuronal development and suggests that HSPs may not be always protective of cellular morphology and functions,” said Dr Zheng. At the same time, this research also opens up a new direction to understand the antagonism between the HSPs and the UPS system in maintaining a balance between protein stabilization and turnover. In the further, Dr Zheng suggests the research will be focused on identifying the common targets of the two HSPs and UPS pathways, which will be the critical control point of not only neuronal development but also neuronal regeneration. Dr Zheng envisions that a complete understanding of the relationship between chaperoning and degradation of proteins can help identify the key therapeutic targets of many neurological diseases.

The paper is published in Development can be accessed here:
“Opposing effects of an F-box protein and the HSP90 chaperone network on microtubule stability and neurite growth in Caenorhabditis elegans”
Link: https://dev.biologists.org/content/early/2020/05/24/dev.189886