A special issue for the Philosophical Transaction of the Royal Society B: Biological Sciences 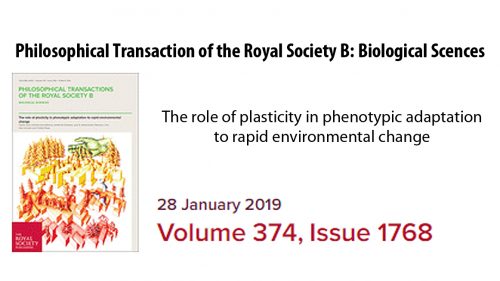 How populations and species respond to changed environmental conditions is critical to their persistence both now and into the future, particularly given the increasing pace of human induced change. Phenotypic plasticity, the ability of one genotype to express varying phenotypes when exposed to different environmental conditions, is often hailed as a rapid-response mechanism that will enable organisms to adapt and survive in our rapidly changing world. But plasticity can also retard adaptation by shifting the variety of phenotypes in the population, shielding it from natural selection. In addition to which, not all plastic responses are adaptive. In this theme issue, we aim to present a considered view of phenotypic plasticity and the role it could play in facilitating or hindering adaption to environmental change.