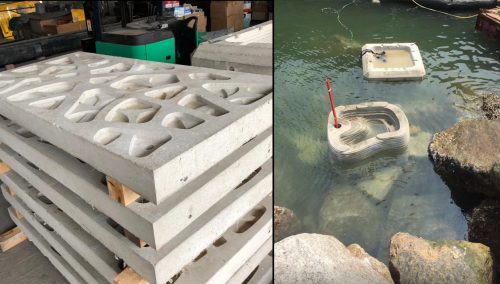 Eleven types of creatures are settling on the seawalls in Ma Liu Shui experiment site. 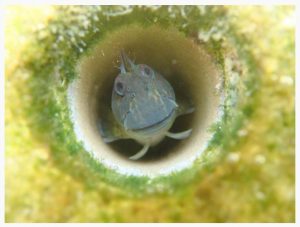 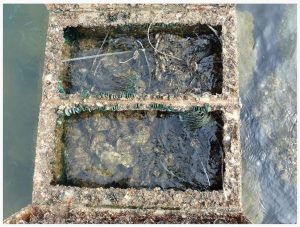 The Hong Kong government has pledged to give greater consideration to flood prevention and environmental protection during future development, especially in reclamation areas.

The Civil Engineering and Development Department is planning new environmentally friendly sea walls, while flood-prevention structures will feature mudflats and mangroves that will act as natural wave barriers.

One is under construction at the Tung Chung East reclamation site on Lantau Island. Started in February last year, the project is expected to reclaim 130 hectares of land.

Leung and his aides have also developed a new type of “ecological brick” that will provide habitats for marine life around the reclaimed land.

He said most of Hong Kong’s sea walls are vertical and built on piers or along navigation channels, but some are built on inclines along the coastline to act as breakwaters.

However, these constructions are harmful to marine life at the height of summer, when temperatures

on rocky surfaces can top 50 C. Bacteria and microalgae on the sea walls dry out and die, while immobile organisms such as barnacles and rock oysters are roasted to death.

This is how primary food chains are broken – creatures that depend on these marine organisms abandon the area when they can’t find food, leading to the devastation of organism populations and a sharp reduction in the number of species.

Leung’s ecological bricks replicate natural rocks. They store water, offer shade amid the heat and are covered in pores in which organisms can shelter, meaning complex ecological environments are quickly established.

The bricks are alkaline, with a pH of 8 to 9, which is ideal for bacteria and microalgae, and the marine organisms can adhere to the grooved surfaces.

Leung’s team has spent the past year hanging the eco-bricks on sea walls, in Tuen Mun and Lantau to test their effectiveness. The results proved satisfying, as the n

umber of species identified on the bricks was more than double that found on the original sea walls and even approached the number found on natural, rocky shores.

Leung said the rocky, eco-supportive shorelines composed of ecological bricks in Tung Chung are expected to not only promote reproduction among intertidal species, but also shape the coastal landscape where people can interact with the water and observe marine creatures.

As a result, the coast will no longer be a crunch point ravaged by typhoons, but will become the place where people in the Bay Area can get closest to the ocean.